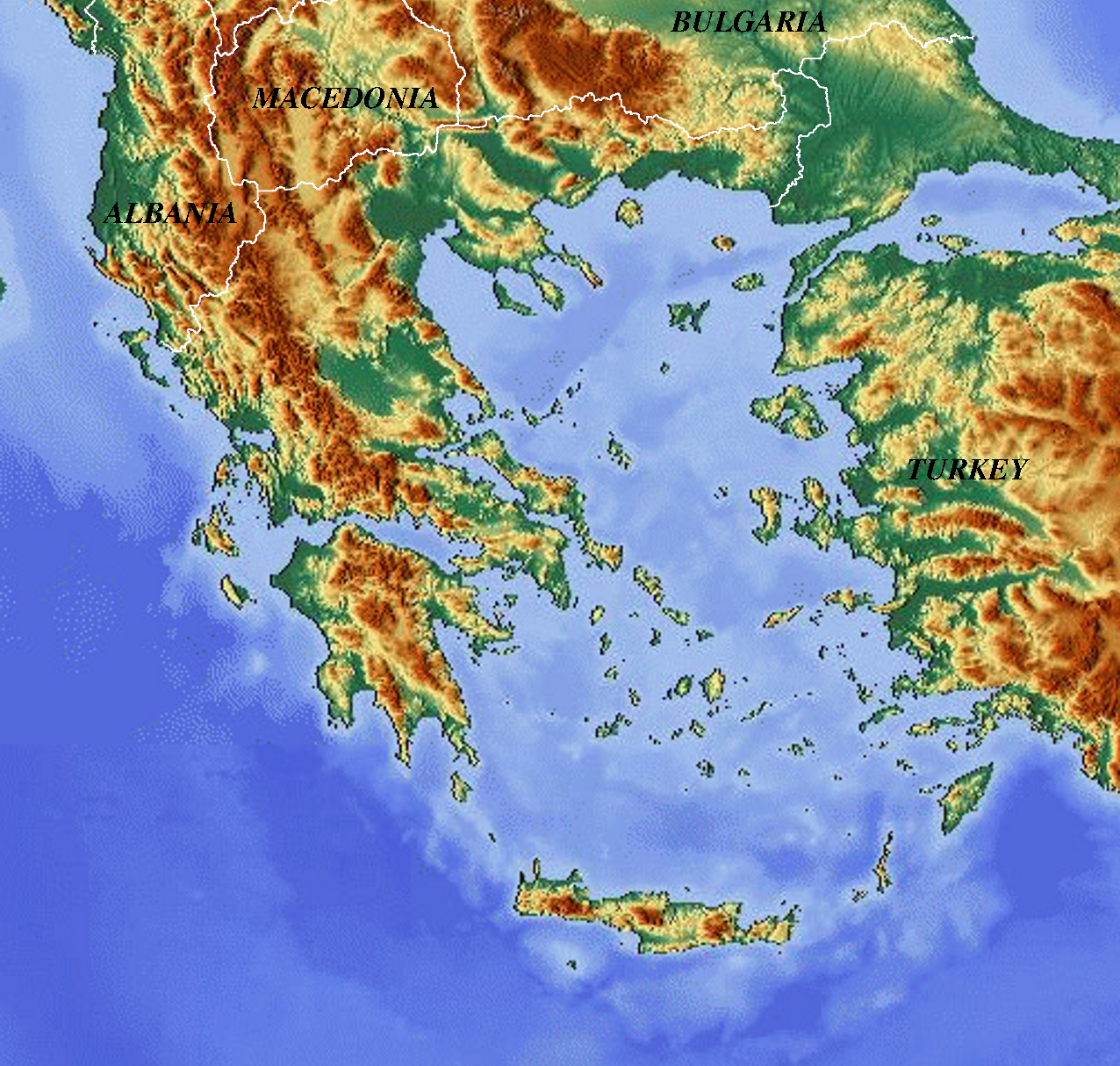 The author of this map is physicalmap.org

This file is licensed under the Creative Commons Attribution-Share Alike 2.0 Generic license.

Some information from the world map on mamps-for-free.com was used. Other source wikipedia.org and data.un.org.

Greece has a long history and rich cultural heritage. She is considered the heir to ancient Greece.
It is the cradle of all Western civilization, the birthplace of democracy, philosophy, the Olympic Games, many basic scientific theorems, western literature, historiography, political science and theater, both comedy and drama.

Cities Athens and Thessalonica and some of its islands such as  Santorini, Mykonos, Rhodes, Corfu, Lesbos, Crete and Chalkidice are some of the country's major tourist destinations. Greece additionally promotes religious tourism to places such as the monastery in Meteora and Mount Athos.

Outside the continental part, Greece includes about 2,500 islands, including 165 inhabited. Greece has 13,676 km of coastline.

Greece has a Mediterranean climate along its coasts and islands. Once inland, many areas experience a continental climate.

The Greek Merchant Navy is the largest in the world. Greece has a significant shipbuilding and ship maintenance industry.

Description of Greece in the Encyclopædia Britannica.