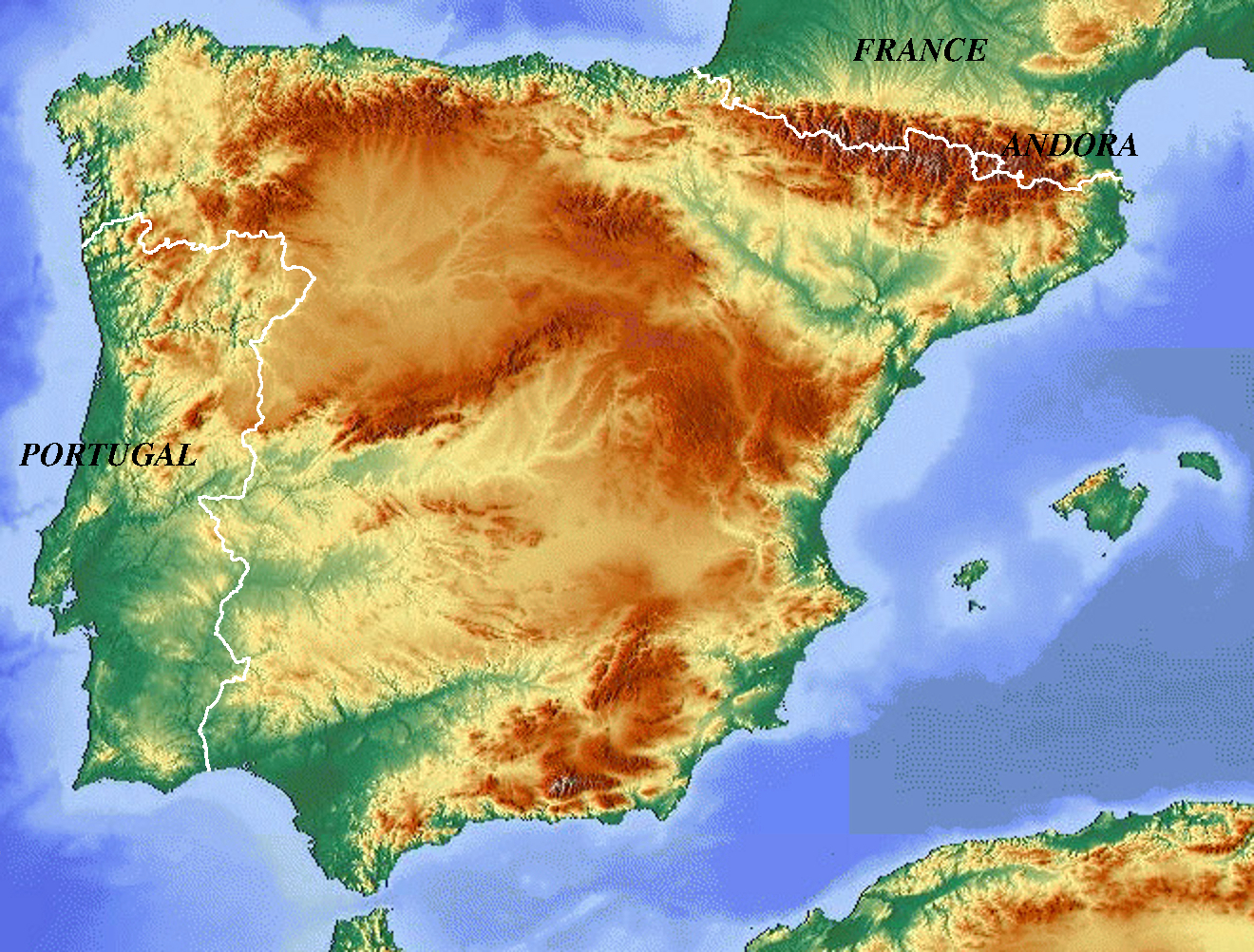 The author of this map is physicalmap.org

This file is licensed under the Creative Commons Attribution-Share Alike 2.0 Generic license.

Some information from the world map on mamps-for-free.com was used. Other source wikipedia.org and data.un.org.

Spain has a long history and rich cultural heritage.

Spain is a highland country.

With the exception of Madrid, Seville and Zaragoza, the largest urban agglomerations occur along the Mediterranean and Atlantic coasts.

Spain is a European country located in southwestern Europe. Other territories are the Canary Islands off the African coast and the Balearic Islands in the Mediterranean. Smaller islets and areas in northern Africa.

The most important branch of the economy is highly developed industry, grouped in several large districts. Spain is an important producer of passenger cars and trucks.

In agriculture, the dominant role is played by cattle, pigs and poultry on extensive pastures (Castile, Asturias or Extremadura), as well as the cultivation of vines, cereals, olives and citrus fruits.

Description of Spain in the Encyclopædia Britannica.